How The Weitz Company worked with DataScope to implement DataTouch, taking Daily Briefing meetings to the next level on a major data centre project in Des Moines, Iowa. 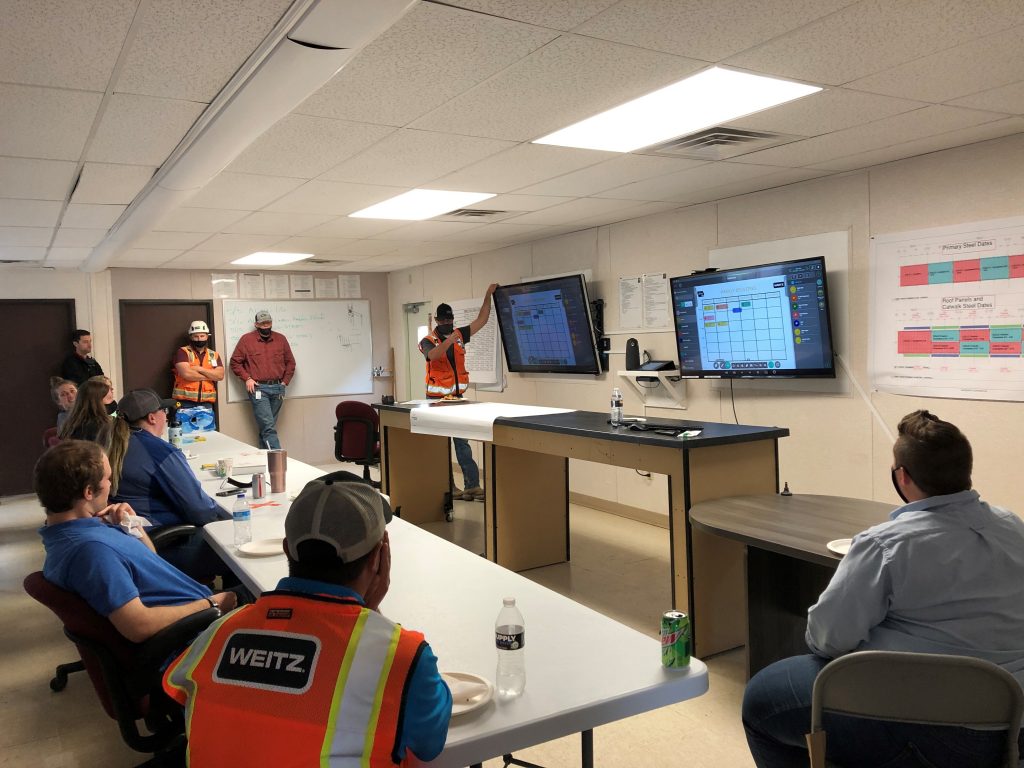 Founded in 1855, The Weitz Company is one of the industry leading firms in the US construction Industry. With a focus on Lean principles and leveraging technology to eliminate waste in day-to-day construction processes, Weitz worked with DataScope to implement DataTouch on hyperscale data centre project in Des Moines, Iowa — driving greater efficiency and improving collaboration and interaction during daily planning meetings.

“Since we have adopted DataTouch the biggest benefits are the visuality and the interactivity of the product as well as the time it saves to generate reports and update task progress. The visuality really helps Weitz and the trades see where everyone is working during the week. This helps coordinate safety, access, and deliveries into a work zone.”

DataScope worked closely with Weitz to implement DataTouch on site to improve daily project coordination, collaboration and engagement. The Weitz team used the software to carry out both advanced lookaheads of construction works as well as during Daily Activity Briefings Meetings. 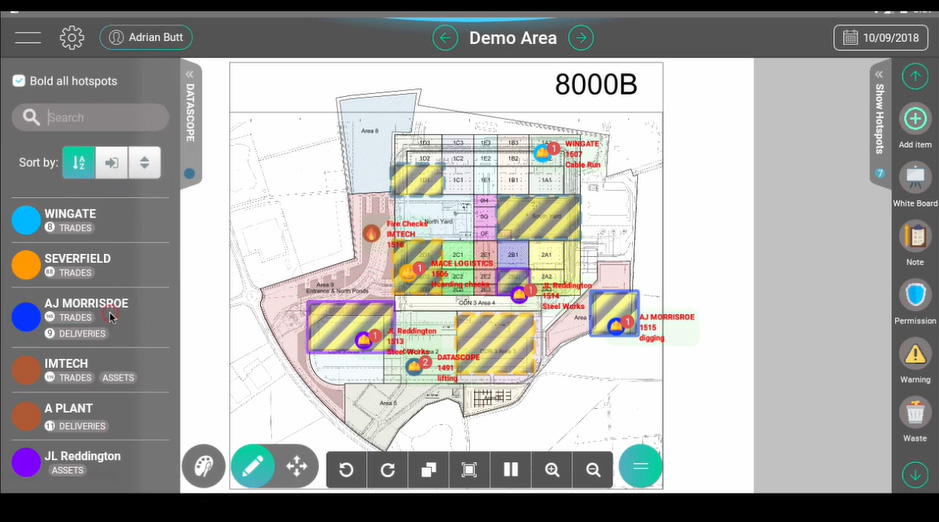 DataTouch is interactive project management and coordination tool that allows teams to plot tasks of work as well as update progress directly on an interactive site plan.

The Weitz team installed the software on an interactive touch screen TV in a dedicated planning room to allow the project team to drag and drop tasks of work directly onto an interactive plan of site as well as update project progress on individual tasks of work and marking areas of concern or exclusion zones. The Weitz team use the software to carry out 2 week look-aheads of projects as well as reviewing and updating project progress and tasks during daily activity briefings.

As well as being available on the touch screen TV for meetings, the DataTouch software was also installed on a number of tablets to allow the Weitz team to update works and task progress from any location and prior to DABS meetings.

During meetings, the software is used by the Weitz team to effectively manage and coordinate and plan works on a shared digital platform. Seeing tasks plotted directly onto a site plan allows teams to visualise and understand how works will affect their own areas of responsibility. 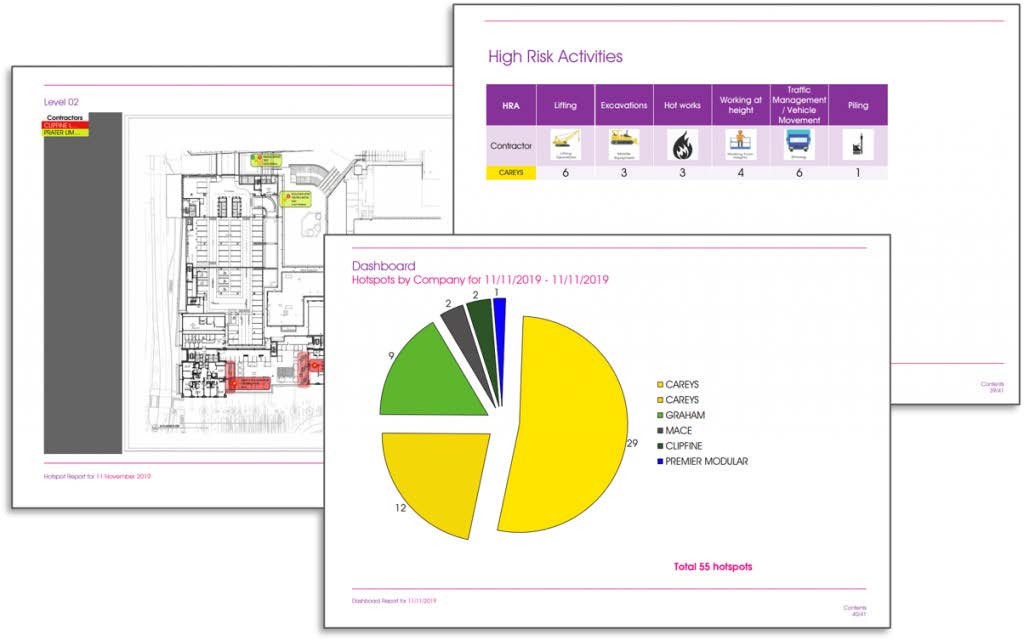 Once a meeting has been completed, DataTouch generates a report using all of the information captured during the meeting and instantly emails it out to all team members as a PDF report. The report contains both the site plans with the marked-out hotspots of work, as well as full details of works being carried out by each contractor. This has created closed-loop communication across site, as well as providing a clear, digital record and secure audit trail. 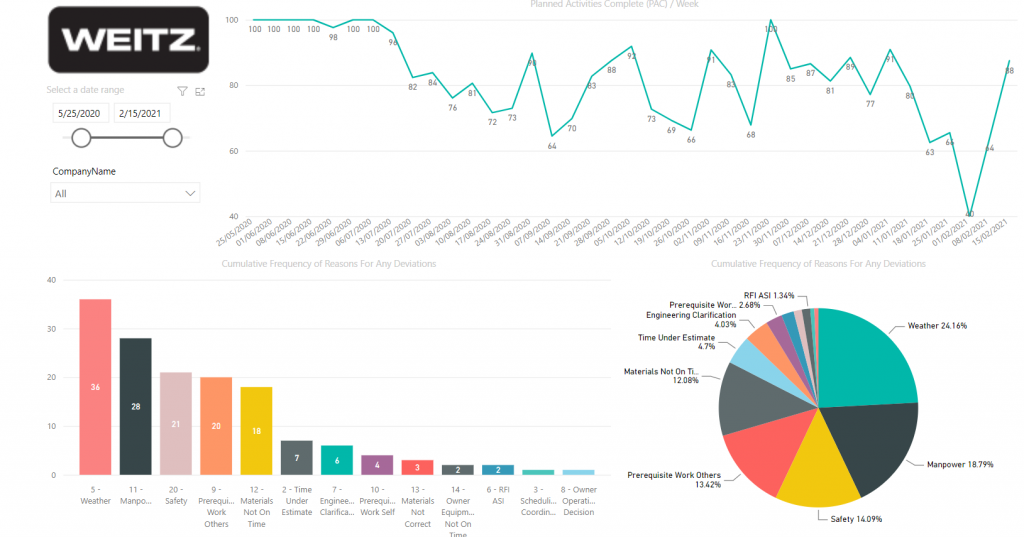 The data pulled from DataTouch also feeds into visual PowerBI dashboards which are displayed via web link on TVs around site showing all planned activities and project progress as well as any reasons for deviations.

Now using DataTouch to carry out Daily Briefings on site, the project team has saved significant time updating task progress using the DataTouch interface. At the end of a DABs meeting, the team is able to quickly generate a report that pulls all the information inputted on DataTouch into a visual report that can be quickly emailed out via the software saving significant time and improving the quality of information distributed at the end of a DABs meeting.
Will Treasure goes on to say that he and his team “saved hours each week” particularly when creating reports.

DataTouch is used by approximately 20 people on a daily basis during dabs meetings to review tasks of work and track progress and track works using the interactive touch screen. With tasks of work now visualised as hotspots on an interactive plan of site, the team are able to visualise areas of responsibility as well as any areas of concerns or clashes.

When discussing the benefits that DataTouch has brought to the construction project, Project Manager, Will Treasure says “the biggest benefit is the interactivity and being able to visualise the tasks on the site plan”. 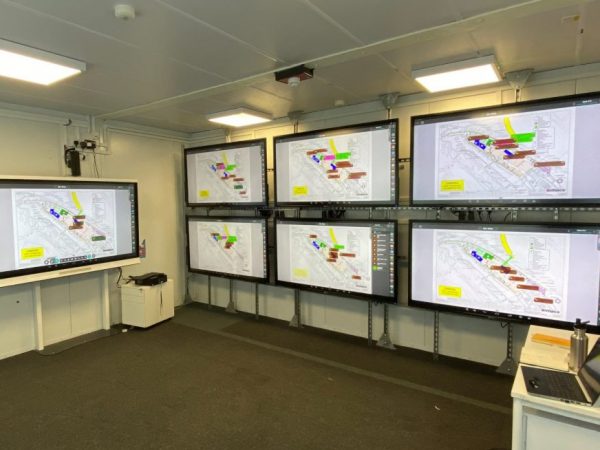