How the team at Hinkley Point C leveraged DataScope’s software to control the use of ladders across site, improve auditability and reduce risk. 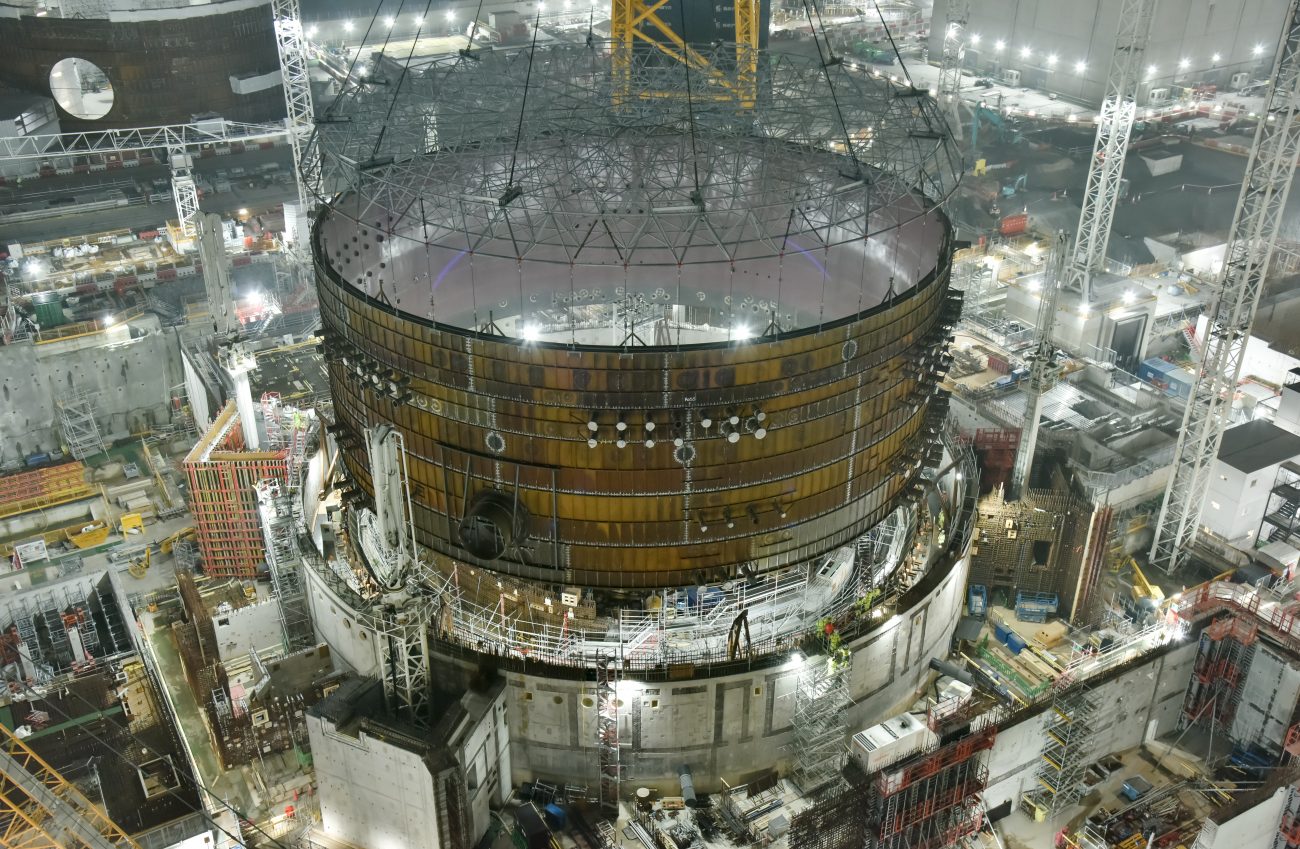 The first new nuclear power station to be built in the UK in over 20 years; Hinkley Point C in Somerset will provide low-carbon electricity for around 6 million homes. Building critical, complex infrastructure requires more than 4,000 workers – many of whom carry out safety-critical tasks on a daily basis.

““Using DataScope’s permit system has really helped us control the use of ladders on site. When ladders are used, there is now a well-documented audit trail that can be easily accessed online with all the supporting evidence. Since going live with the system, we have mitigated the use of ladders on the project 1000s of times.””

Having successfully delivered a Crane Management and Booking System at Hinkley Point C, DataScope were approached by the project team to digitalise ladder permit submittal, management and approval.

With the majority of ladders being used for convenience rather than safety, a solution was needed to both ensure ladders were only used as a last resort and easily monitor any live permits effectively all while making the solution simple to use for both the HPC team and the contractors.

The project team operate a system whereby ladders are only used as a last resort where there is no way to use a safer access system. To help monitor this effectively, the team enlisted the support of DataScope, who developed an Electronic Ladder Permit System.

DataScope took EDF’s existing ladder permit form and digitalised it – allowing subcontractors to complete and submit permits on their smartphone via the DataScope app. As well as capturing typical data contained within a ladder permit, the digital form also allows users to submit photograph evidence and upload rescue plans.

All submitted forms are automatically pushed to the appropriate team member for review and approval, as well as being made available on the web system for monitoring and auditing purposes. This then allows the two stages of review and approval to also be completed directly on the app.

Completed permits can be viewed as a PDF download online and contain any photo evidence as well as links to uploaded documents all in one place. 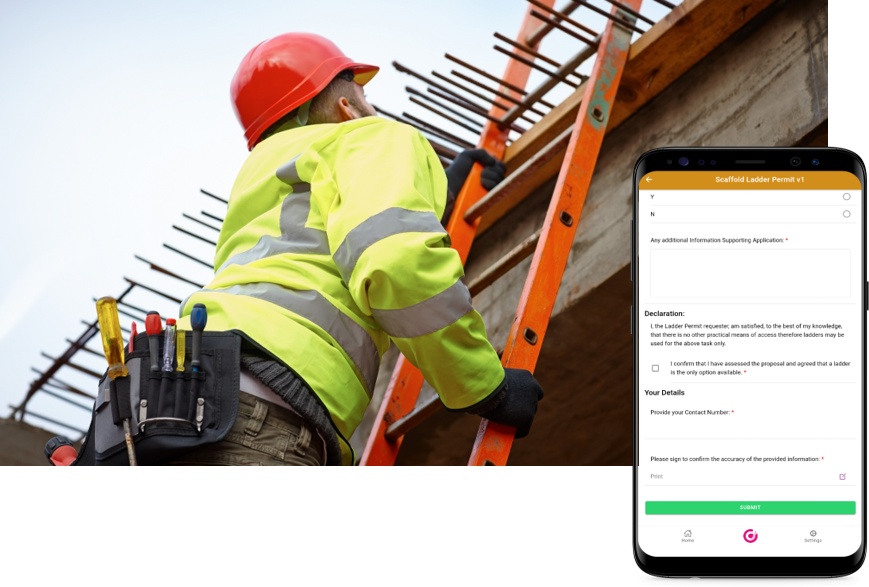 Avoided the use of ladders more than

As well as the obvious time and waste-saving benefits of moving permits online and automating the approval process, the implementation of digital ladder permits helped to foster a step-change in behaviour that helped ensure ladders were only used as a last resort thus hugely reducing avoidable incidents that cause harm.

“Since going live with the ladder permit system, we have managed to avoid the use of ladders on site 1000s of times and helped to remove over 300 ladders from the project. It has helped to shift ladder use from an occasional occurrence to a well-documented exception.”

Another immediate benefit was greater contractor control: by visualising the data captured by the app in a BI dashboard, the EDF team had immediate visibility of all live ladder permits on site. Being able to access completed permits immediately on the web system, the team know in real-time which organisations and individuals are using ladders, when and why they are being used.

The system also greatly improves auditability, and also allows the Health & Safety team to easily identify companies or individuals who may be repeatedly requesting a ladder permit. In the event of an incident, users can immediately log into the system, review the authorised permit as well as an audit trail of who had authorised the permit and when.​ 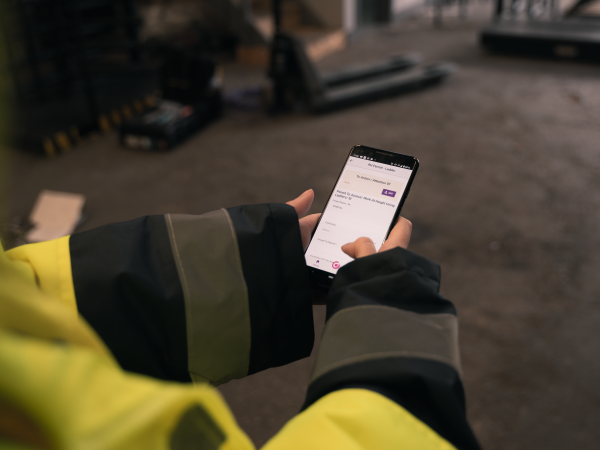 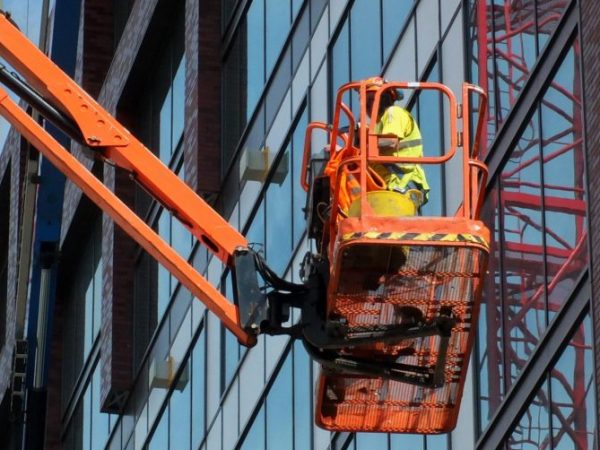 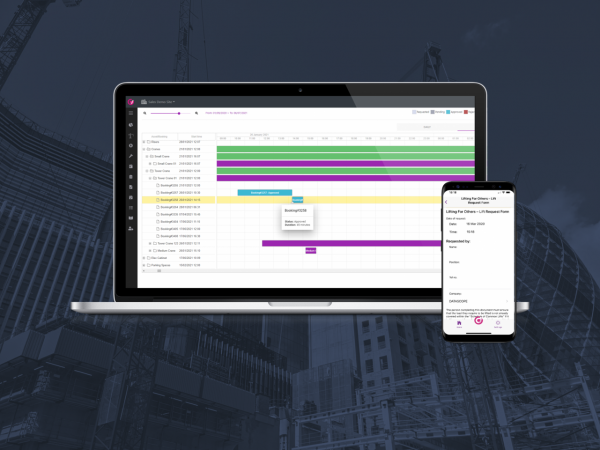